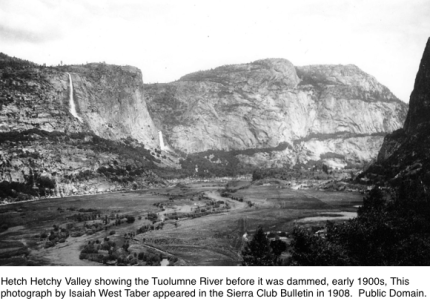 It was not just the weather that was cold and gloomy that day in January 1898. Dan had done everything he could to keep his beloved wife Lizzie alive. In the end she was so weak and miserable from the tuberculosis, I knew that when she slipped away it was for the best.

Lizzie was my big sister, eleven years older than I. When she fell ill and I sought to cheer her, it was she who had words of encouragement, but those were not the words that came to mind as we stood at her grave. Instead it was those she had whispered several weeks before. “Take care of my girls, won’t you Lucy?” I took her hand and promised, “You know I will.”

The last year of her illness I had already been caring for the girls, ages four and two, as Dan took the five of us to various locations in search of a healthier climate. Finally he brought Lizzie home to spend her last days in a familiar setting. The first months after her death, I was glad to have Verna and Alta to keep me busy. Dan seemed to deal with his loss by tending to his horses and mules, his grain and farm implements.

One month later we suffered another blow when Dan’s mother passed away. In spite of the deaths of the two women closest to him and the severe drought that had taxed his emotional and physical resources as a farmer, by mid-June Dan announced we would be taking a month’s vacation. He said it would do us good. I did not question him.

Planning and preparing kept us occupied for many days as we would be carrying several hundred pounds of food plus all the supplies for the four weeks. When the wagon was packed and the horses readied, Verna and Alta took their places and I climbed up to join them. When Dan snapped the reins and we pulled away from the ranch,  I wondered what he was feeling. Instead of Lizzie, his sister Grace sat next to him waving at the ranch hands who would keep the farm going.

A few hours after leaving Paso Robles we met up with Dan’s brother Will and his wife Maggie in their smaller wagon. After a brief rest, they headed out ahead of us, keeping enough distance between so we didn’t eat their dust. All of us wore wide brimmed hats which protected us from the sun. Dipping our heads kept the blowing sand and dust from our eyes.

We were finally on our way to Yosemite Valley where we would view the magnificent sights we’d only read about and seen photos of with our stereoscope. The twenty or so miles we traveled each day seemed to pass quickly as everything around us was so different from home. As we bounced along over rough road I could not help my eyes fixating on the broad shoulders of the big man in front of me. One would never guess he was nearly forty with his full head of dark hair though now speckled with dust. Lizzie had found a good man. And he had found a good woman.  It was sad their marriage had been cut short.

Though I loved the girls, on the wagon I could not escape their constant chatter and questions. Grace must have noticed for when we stopped to water the horses and stretch our legs, she suggested we change places. Grace climbed in back with the girls where she kept them occupied searching and counting all the animals they saw along the way.

Dan and I sat side by side, the squeals of the girls and the din of jingles, rumbles and snorts a background to our silent thoughts.

The wagon swayed over a rough stretch and my shoulders pushed against his. I grabbed the rail and straightened. Our eyes met when he looked at me with the slightest turning of his head and smiled. I turned away quickly as if to view the distant mountains we would soon cross.

That night as I huddled in the warmth of the campfire, staring at the dancing flames, I realized that though our destination was the beautiful Yosemite Valley, I must not miss the wonders of the journey to reach it.

Grace sat on the log beside me, pencil in hand. “38 rabbits,” she said as she wrote the words before closing her diary. “Tomorrow is another day and there are only a few hours till we’re on the road again.”

We went to the tent where the girls were already asleep. I curled up in my blanket but lay awake thinking about the next day. I decided that when it was my turn to sit up front in the wagon with Big Dan, I would have one of the girls sit between us. Surely there would be room for three.

If you like this story about my grandmother Lucy, I’ll write more tidbits from the real diary Grace wrote of their adventure.