The other day, as I bemoaned the restrictions forced upon me due to the current pandemic, my thoughts turned to a discovery I made while doing research for a historical novel. I came across the fascinating account of how centuries ago, during a pandemic, my ancestor’s village was saved from extinction by implementing simple measures.

Plagues not only ravaged densely populated cities but also impacted small towns, like one in the East Midlands. From July 1630 until February 1631, the market village of Alford was cut off from the rest of the county as a plague began to take a huge toll. No one dared enter the town, so its residents faced disease as well as starvation.

The generous people of the surrounding districts placed a cross at the top of Miles Cross Hill, the site of a large, ancient stone. The filled a hollow in the stone with vinegar, the only known disinfectant at that time. During the plague, the healthy residents of Alford climbed the hill and placed money in the hollow to pay for produce, poultry, eggs, and medicine left by the outsiders. They never came into contact with each other. Self-isolation and sanitizing seems to have saved the town from extinction.

The Plague Stone, as it was locally known, was later removed and placed in the garden of Tothby Manor in Alford. Other villages took similar precautions, especially in later plagues, evidenced by stones much like the one near Alford. 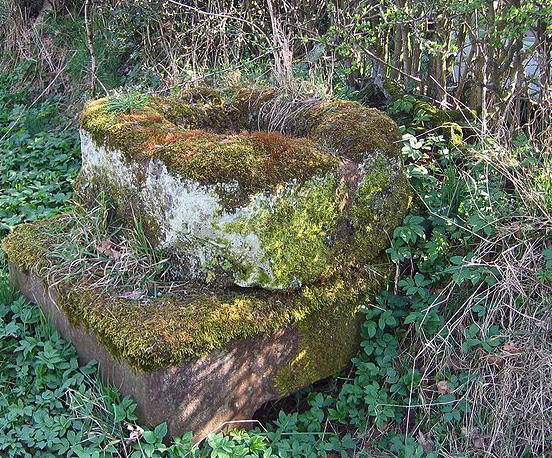 Almost obscured by moss and vegetation, this stone (thought to be a plague stone from another area) is a reminder and inspiration of how people worked together to save a village centuries ago. Photo: Peter Vardy Public Domain

The story of the plague stone intrigued me, so I wrote it into one of the scenes in my first book where one of the characters, who wasn’t sure of its existence, finds it two hundred years later.

And now, in a time with medical advantages, I am applying simple measures to protect myself from a mysterious worldwide virus, knowing that ultimately my life is in God’s hands.

Stone’s Hope by Danyce Gustafson, the first in a series of faith-based historical fiction books, is the story of the rural poor in nineteenth century England. Available online and through bookstores in paperback and e-book.